Earlier this month, Adani Airports became the single-largest shareholder of Chhatrapati Shivaji Maharaj International Airport in Mumbai after its purchase was approved by the Airports Authority of India, the government agency that regulates India’s airports.

AA is one of a raft of infrastructure and energy companies whose promoter is Indian billionaire tycoon Gautam Adani, founder and chairman of India’s Adani Group. After a spate of recent acquisitions, Adani Group now runs the largest number of airports in India, from having no presence in the sector a few years ago.

Adani’s meteoric rise is reflected in his net worth, which has increased by approximately 340% since May 2014 to about $34 billion as of January 2021, according to the Bloomberg Billionaire Index. This puts him second only to India’s richest individual and chairman of Reliance Industries, Mukesh Ambani, who has similarly seen his wealth spike. As it happens, the sharp increase in billionaire wealth, while predating the current government, has accelerated during the tenure of Prime Minister Narendra Modi, who came to power in a landslide election victory in May 2014.

Both Adani and Ambani hail from the western Indian state of Gujarat, which is also Modi’s home state, and they have ties to him going back to his time as chief minister of that state from 2001 until he became prime minister in 2014. Modi’s proximity to the two tycoons is not a secret.

Indeed, when he became prime minister, Modi flew from Ahmedabad to New Delhi on Adani’s private jet. During his victorious election campaign, Adani’s fleet of private jets ensured that Modi was able to sleep in his own bed every night after a full day of campaigning. 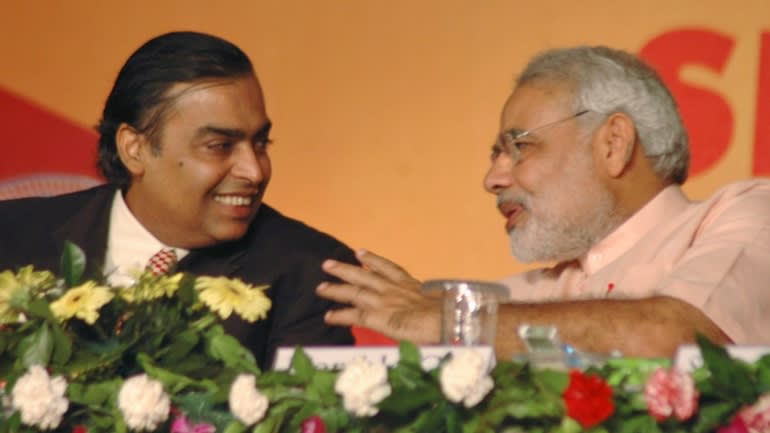 Ambani has fared rather well, too, in recent years. According to the United Nations Conference on Trade and Development’s Investment Trends Monitor, foreign direct investment in India rose 13% in 2020 to $57 billion, directed mostly to the digital economy. A whopping $27 billion — or just under half — went to Ambani’s Reliance Industries conglomerate, principally its digital services arm, Jio Platforms.

What makes the recent success of both Ambani and Adani all the more striking is that it is occurring in an economy that contracted drastically in 2020. According to the International Monetary Fund, India’s gross domestic product fell by approximately 8% last year, making it the worst-performing major economy. Yet, India’s tycoons continue to come on like gangbusters.

The outsized success of well-connected business magnates during tough economic times raises concerns that their success may be due not to entrepreneurial acumen but rather being well versed in navigating India’s regulatory maze and through proximity to those in power. This is clearly a principal factor in explaining why major foreign investors like Facebook and Google choose to partner with leading Indian companies like Reliance rather than going it alone.

What is ironic is that Modi’s stunning 2014 election victory was powered by widespread public disgust at the perceived nexus between government and big business, which resulted in a spate of corruption scams and tarnished the image of the previous government. While crony capitalism may be alive and well in Modi’s India, it has not evoked public outcry, nor has any major scam come to the surface. What is more, India’s new oligarchs position themselves as national champions, marshaling rhetoric that echoes Modi himself. Airliners park at Chhatrapati Shivaji Maharaj International Airport in May 2020: Adani’s takeover of the Mumbai airport came as a surprise.   © Hindustan Times/Getty Images

The parallels between evolving state capitalism in India and similar developments in previous decades in East Asia are evident. Rather than the free-for-all of Anglo-American laissez-faire capitalism, state capitalism creates a regulatory framework that privileges national champions, which become de facto monopolies in their respective industries. The resulting gains in reaping economies of scale could in theory exceed the losses from reduced productivity gains in a less competitive environment.

But the East Asian experience was premised on export orientation and rapid economic growth, neither of which are present in the current Indian situation. The collapse of the Kremlin-led oligarch model in Russia into gangster capitalism, in the context of a stagnating economy, points to the perils of stifling competitiveness and privileging established incumbents.

In the absence of a dynamic economic environment in India, today’s cronies can become tomorrow’s gangsters, exactly as has happened in Russia.