Skip to content
THE WORLD IS WATCHING INDIA
Diaspora “thanks” G7 leaders for inviting Modi as Lead Speaker at Summit
An open letter condemns the invitation given “the abhorrent track record of Mr. Modi’s government in reducing the democratic, human rights, and rule of law standards in India” and sets each point of the Open Societies Statement against Indian realities, as researched by Foundation The London Story. 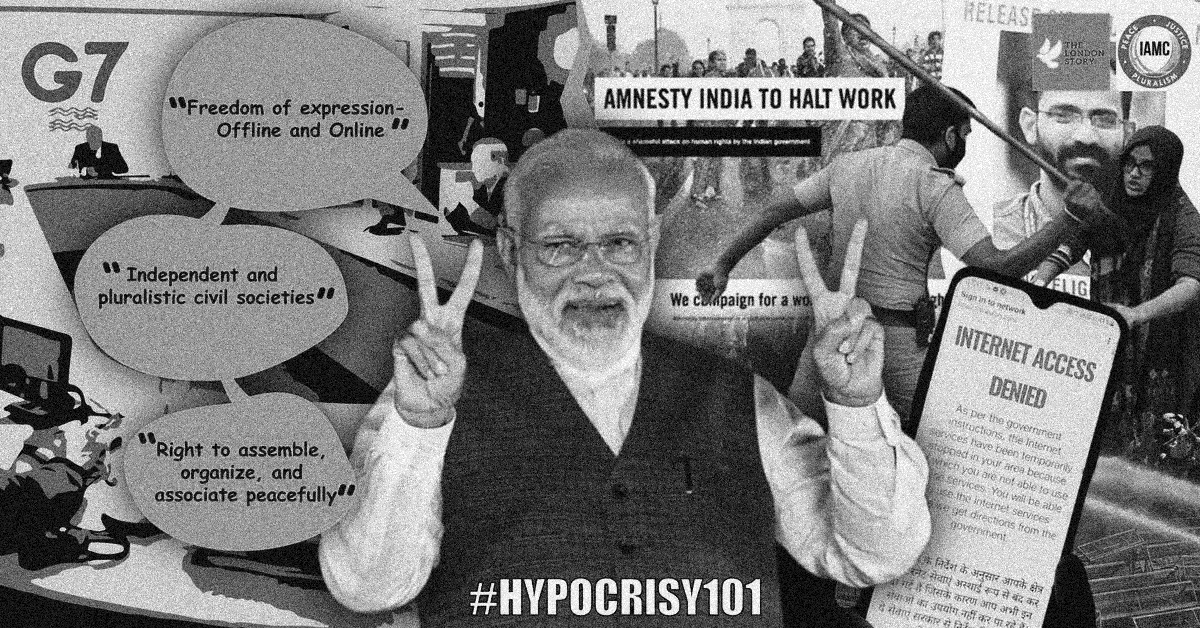 New IT rules “Do not conform with International human rights norms”
UN Special Rapporteurs on the Rights to Privacy; Freedom of Opinion and Expression; Peaceful Assembly and of Association express serious concerns about new IT Rules to regulate social media intermediaries, streaming and digital platforms. They reinforce that the rights to privacy and to freedom of expression are interlinked in the digital age. Encryption and anonymity provide journalists, members of religious groups, human rights defenders and others with privacy. This allows freedom of expression without arbitrary and unlawful interference or attacks. They urge a full review of the IT Rules after consultation with civil society and other stakeholders.
Prominent International voices for release of human rights defenders as India faces COVID emergency

Nobel Laureates, Members of Parliament from EU, UK, Ireland, Germany and Switzerland as well as prominent academics urge immediate release of the Bhima Koregaon (BK) 16 and other human rights defenders into safe conditions.

Reporters Without Borders (RSF) an international NGO working for freedom of information calls upon the UP Police to withdraw “absurd” charges against journalists who could be jailed for nine years for tweets about a video of an elderly Muslim man being beaten up.

StriveUK, a British Muslim socio-cultural and advocacy organisation, premiers “Hate, Hope & Citizenship: Four Years Without Junaid” a film by students of Jamia Millia, to mark 4 years since 15-year old Junaid Khan was lynched to death by a Hindutva mob on a public train.